The History of Dunelm Club

The Club itself was established by a group of gentlemen, seventy four of whom attended a meeting on Wednesday 12 March 1919 to discuss and plan the running of the club. The club was open daily from 08:30 until 11:00pm: but on Sundays, Good Friday and Christmas Day it was only open from 12 to 2:00pm in the afternoon and from 6 to 10pm in the evening. The reason for the establishment of the club is not recorded in the early minute books. Anecdotal stories suggest that it was established to enable former service men to meet and socialise and to build and develop friendships established during the war years. Members included many of the local prominent businessmen in the City and those who at the time might have been considered to be part of the “upper class”.

The Club has developed over the years, maintaining many of the traditions established by our earliest members. But it has evolved in line with the changes seen in society over recent years. From being a Club for the “elite” gentlemen of Durham, it is now a Club for gentlemen who wish to maintain the best standards of that bygone society whilst ensuring that the club moves with the times.

The Dunelm Club was established at an inaugural meeting at 6.45pm on Wednesday 12 March 1919. Seventy Four gentlemen attended the meeting and it is recorded that they were responsible for the purchase of the building from Emily Marshall.
Emily was the daughter of William Marshall, Gentleman, who bought the building for £1,000 when it was offered for sale on 28 December 1858. The building was described as follows:

When William bought the building, the auction had taken place in the Waterloo Hotel, a hotel located close to the Dunelm Club. The Hotel owner was later to become one of the first members of the club. The Waterloo was demolished in 1971 to make way for the building of the New Elvet Bridge.

But the building’s history goes back considerably earlier. The first records we have are dated 17 November 1714. There are references within the deeds to the “ancient buildings” on the site, suggesting perhaps that the building pre-dates 1714. The documents provide an unbroken history of the owners and tenants of the various parts of the building from 1714 to the present day. At one time the gardens included a bowling green. Previous owners of the building include members of the Salvin family who have lived on the Croxdale Estate since 1474.
The Club now occupies about 60% of the building. Adjoining rooms are presently let as offices. The Club also rents parking spaces in the rear car park. These are offered to local residents and businesses for use from 09:00 to 18:00, Monday to Friday. 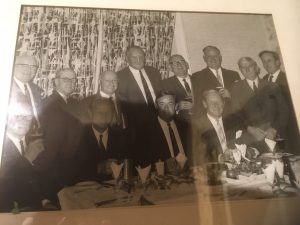 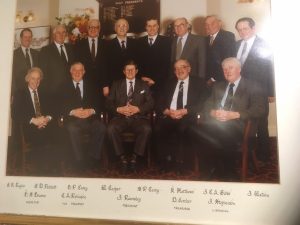